I’m so excited to post the preview for this beautiful lady! Obviously she’s drop-dead gorgeous, but she’s also super cool. She’s a pilot, and when we met for her pre-consultation the other day, she asked me if I would mind if we could do her session at the Hooks Airport with her plane. Um, yes, please!! Here’s a pretty one at the park before we headed out to the airport.

So, I’m sure I’ve mentioned it before, but about a lifetime ago, I was a captain in the Air Force. And if I had been a single gal, un-betrothed to an Army dude, I would have been a pilot. The closest I got was soloing in the glider program at the Air Force Academy. When I was in grad school, I did some research on the history of women in the Air Force and studied the women of the WASP: Women Airforce Service Pilots.

And this is Fifinella–the WASP mascot, drawn by Walt Disney. In the middle of grad school, I went down to NYC and got a little tattoo of her on my rump. :) 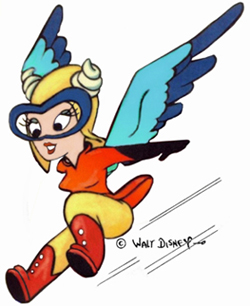 Anyway, I totally geeked out about this shoot and probably had more fun than this little lady did. I love, love, love that we got her all glammed up with hair and makeup and a pretty dress, and put on her aviators and headset in front of her plane. What a cool chick.

Some sun flare, some cool planes, and a pretty lady. Now that’s how you spend a Saturday.

One more, because she’s just too pretty not to share.

Sweet girl, I hope you had a blast, because I sure did! You are such a sweetheart and all-around fabulous lady. I’ll have the rest ready soon.

This entry was posted in Uncategorized. Bookmark the permalink.